“The West Orange-Stark Mustangs have gone to the state championship game four straight seasons. They are picked as one of the top teams in Class 4A, Division 2 again this season…” was the opening paragraph on a local radio station website article recently.

“Welcome to the new school year! I am glad to share that West Orange – Cove CISD had an outstanding in-service and first week of classes…Our goal in delivering training is always to ensure that we provide students with the best quality education possible.” So started an article in a local paper by the Superintendent of Schools for WOCCISD just a few days later.

“The best quality education possible”, are you kidding? Take a look at the elementary school:

TEA created a new website (www.TXSchools.org) that contains interactive accountability rating summaries and detailed reports for each district, campus, and open-enrollment charter school in the state of Texas. The website shows the following 2018 ratings for WOCCISD:

District Overview
How well is this district performing overall? GRADE OF 58% = FAILURE

This was the fourth straight TEA analysis with similar grades; however it should be mentioned that theTXschools.org results shown above for 2018 are preliminary. The final report for WOCCISD shows, “This district was impacted by Hurricane Harvey and did not receive an overall rating or grade”.

There will be an election on November 6th where voters will be asked to approve a $25.75 million dollar bond issue to fund two new buildings, one for athletics and one for a transportation center, plus artificial turf for athletic fields and other infrastructure repair or replacement. For academics, there are some items for technology, fine arts, and career programs. And, of course in today’s climate, there’s money to spend on safety and security.

In the meantime, the kids can’t read or do arithmetic!

Sixty-two percent of the kids are prepared for success after high school. It’s likely that most who make it do so because of themselves and not because of the schools. What about the other 38% of the students? 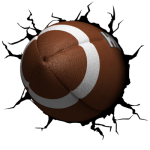 Does doing well on the football field make up for the failure of the schools to educate all the students?

Who should you trust? The administration that talks about providing students with the best quality education possible, or the State of Texas that says WOCCISD is failing, based on the criteria by which all school districts are judged across the state?

At least in my mind, the priorities appear to be way out of whack. And we wonder why it is so difficult to bring new business to Orange. Think about it.

*NOTE: TEA publishes an annual Public Education Grant (PEG) list of underperforming schools? The press refers to this as the Worst Schools in Texas list. Search for “TEA 2018 PEG list” on the Internet.

Originally published in the Orange Leader on Wednesday September 12th 2018.