My last post departed a little from the usual technology topics, although it did stay with the principal theme of trust.

The purpose of the article was to shed light on how the WOCCISD schools are doing. Not enough people know that the schools themselves get grades from the State, even fewer know how bad the grades really are. An awful lot of comments on social media were like, “I knew there were problems but I didn’t know it was that bad”; others were in denial, making excuses for the poor performance; others took the words personally and were offended that their kids were being labeled as bad learners.

Now they know, and knowledge is power.

The article was successful in that people started talking about subjects that were not so public a few weeks ago. Dialogue is spreading – both pro and con. That was the intent of shedding some light on the subject matter.

With new knowledge, hopefully more people will go to WOCCISD meetings and participate. Ask questions, share your opinions. If light can be shed on all these failing grades then the public stakeholders – parents and taxpayers – can choose whether or not to accept it or demand change.

The power is in the people.

For at least the last 10 years WOCCISD schools have been on the State’s “List of Worst Schools in Texas”. It could go back further but I stopped downloading the documents at 2006.

We can’t blame hurricanes for more than a decade of poor performance, nor can we put full blame on the current administration that has only been at the helm since 2015.

Kudos to the Orange Leader for providing a public forum in which this and other critical community issues can be brought to light and debated by the public. Also to Facebook and other social media for the forums in which a lot of that debate occurs today.

Not really. Beaumont ISD had problems and the state stepped in and took over.

Last May, ten people were killed and 13 wounded in a shooting spree at Santa Fe High School, south of Houston. Like WOCCISD, Santa Fe ISD was not technically rated by TEA for the 2017-18 school year after applying for an exemption due to Hurricane Harvey, if they had been rated, they would have received an “F.”

“ ’What this tells me is Santa Fe is not providing an environment conducive to education; it’s providing just the opposite,’ said Steve Perkins, whose wife, Ann, a substitute teacher, was killed in the Santa Fe High School shooting. Many of those at the meeting wore T-shirts emblazoned with the letter ‘F’, for the failures reported by TEA grades for the district.”

Santa Fe failed four out of the eleven subjects mentioned in my last article. Compare that to ten out of 11 failures for WOCCISD and yet parents are not attending school board meetings and not speaking up which they have a right to.

According to minutes, in the last year only one outside person has taken the opportunity to present their opinion at a school board meeting, that person was Larry Spears, the Mayor of Orange. 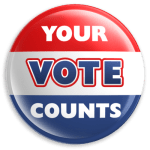 You also have the right to remain silent…and accept the status quo.

How will YOU vote for the $25 million bond issue? Where are YOUR priorities? What’s important to you as a parent, and/or a taxpayer? Early voting starts in just a few weeks on October 22nd.

Knowledge is power – exercise your rights.

Originally published in the Orange Leader on Wednesday September 26th 2018.