More than half a century ago, the co-founder of Fairchild Semiconductor and Intel observed that technology was doubling every year. His criterion was the number of transistors that could be placed on an integrated circuit. That criterion may have changed, but the concept of what became known as Moore’s Law has not changed. Technology is constantly and rapidly changing.

In the 1960s the US Dept of Defense funded the development of ARPANET, a precursor of today’s Internet. In the 1970s wide area networking became common amongst large companies and mini-computers began creeping into small and medium size business.  In the 1980s, PCs replaced mini-computers.

In the 1990s, I was developing websites using a new language called HTML and accessing the Internet over dial-up lines. Very slow by today’s standards. During this same time, cell phones started to proliferate.

Now in the 21st century, the Internet is ubiquitous, so are websites. Everywhere and everyone (almost) are connected with high speed connections and “apps” (short for applications). Search Engines – Google, Bing, Yahoo, etc. Social Media – Facebook, Twitter, and countless others. Today the Internet drives a tremendous amount of our economy, of our lives.

After browsing Amazon for some power tools, you probably find advertisements for those same tools when you go to your home page on Facebook. Did you know your personal browsing habits are recorded? Search engines, Amazon, etc. sell your history to others as another way to boost their profits.

Cellular communications have joined the Internet. 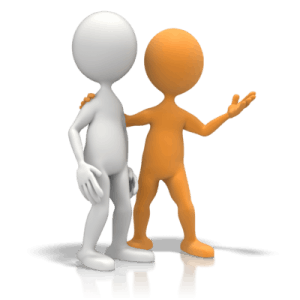 Virtual Assistants (like Alexa) can access the internet for you using voice commands and replying back using voice. We are seeing the Internet of Things (IOT) as the next upcoming generation. With IOT, Alexa can turn your A/C down, lock your front door at home while you’re at work, and a host of other tasks. Just remember, the devices on the IOT are connected together; as they become smarter they are able to share data…on their own!

As we hand over our control to technology, we need to consider the cost of such delegation especially in terms of privacy and security. Can you really trust a virtual assistant to be loyal only to you?

How can a virtual assistant respond so quickly to your voice? Because it is always listening and it is always connected to the Internet. Who else is listening, either in real time or to the recorded conversations?

When you post personal data on a friend’s page on Social Media, who else can see it? You marked it as “private”; therefore the maker of the app would never allow it to be seen by anyone else, right?

Technology can ease some burdens, maybe even make life easier, but the cost is an ever increasing vulnerability to those who have their own agenda in mind, not ours. Some are just greedy and want to make more money with that information. Some can be malicious.

Everything you do online is recorded, be careful what you share.